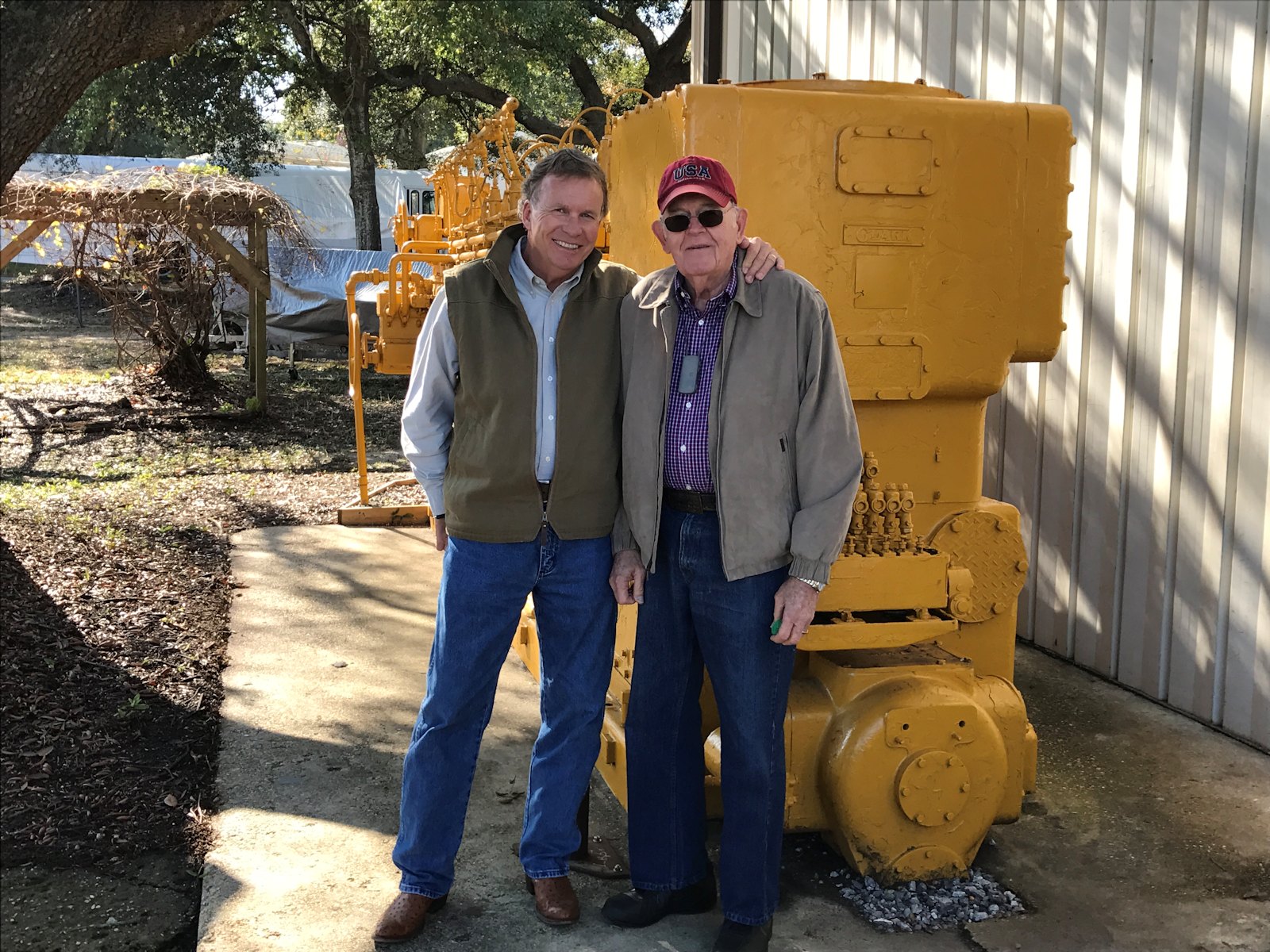 Mr. Bill Bryan (right) Pelican's Perch Marina with
Scott Burt, Coastal Marina Management
Only 3 of this model engine are still known to exist worldwide, this one on display here at Pelican's Perch Marina, one in Europe in a museum on static display and one still in an 86' Army Tug, ST-479, now a personal yacht named "Tiger" in Stockholm, Sweden that as of 2009, was still in running condition.

The Clark MD6 is a 7 cylinder engine, 6 traditional cylinders and 1 scavenging air pump cylinder which pumped compressed air into the 2 cycle engine as a sort of supercharger. 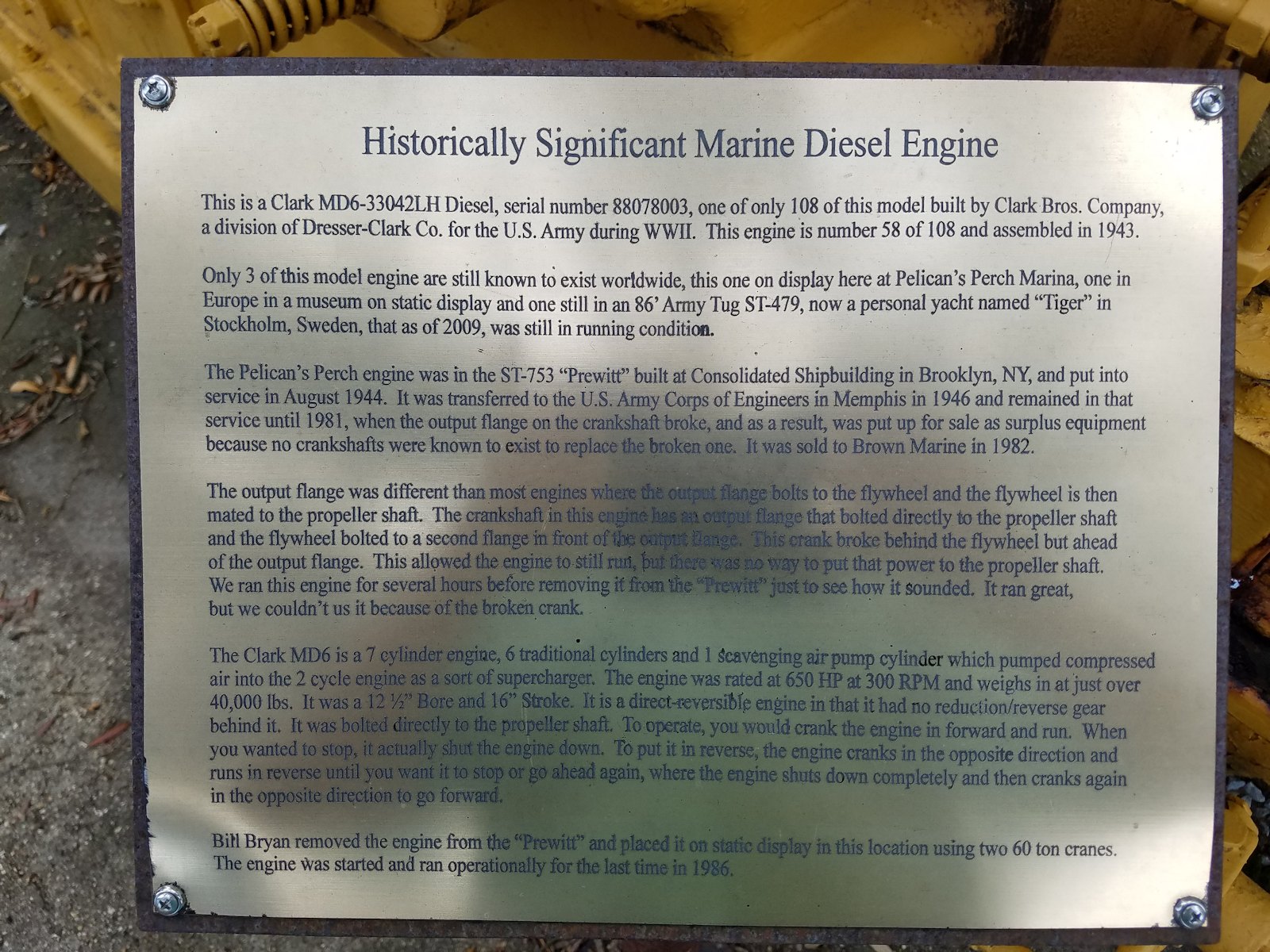 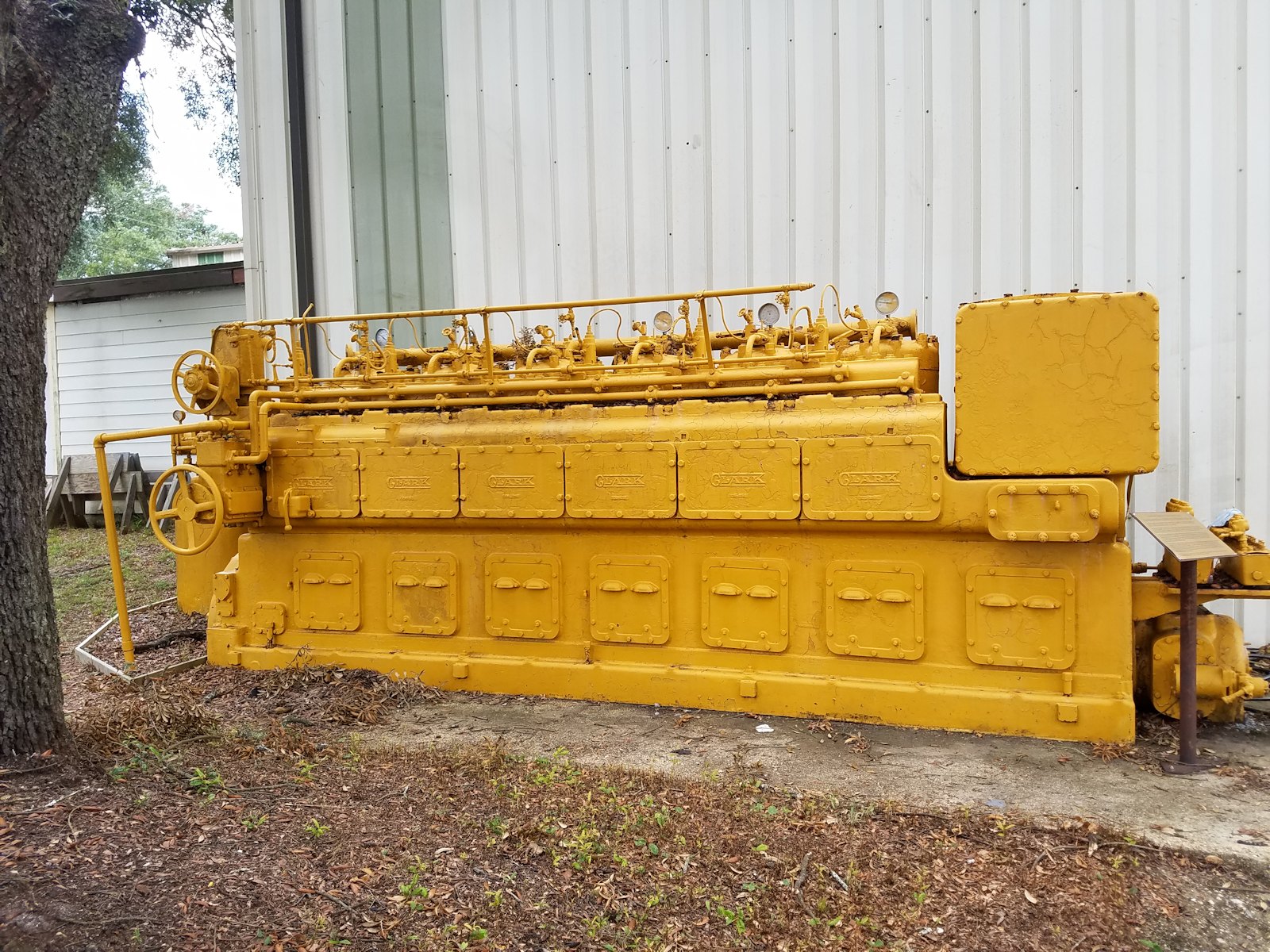 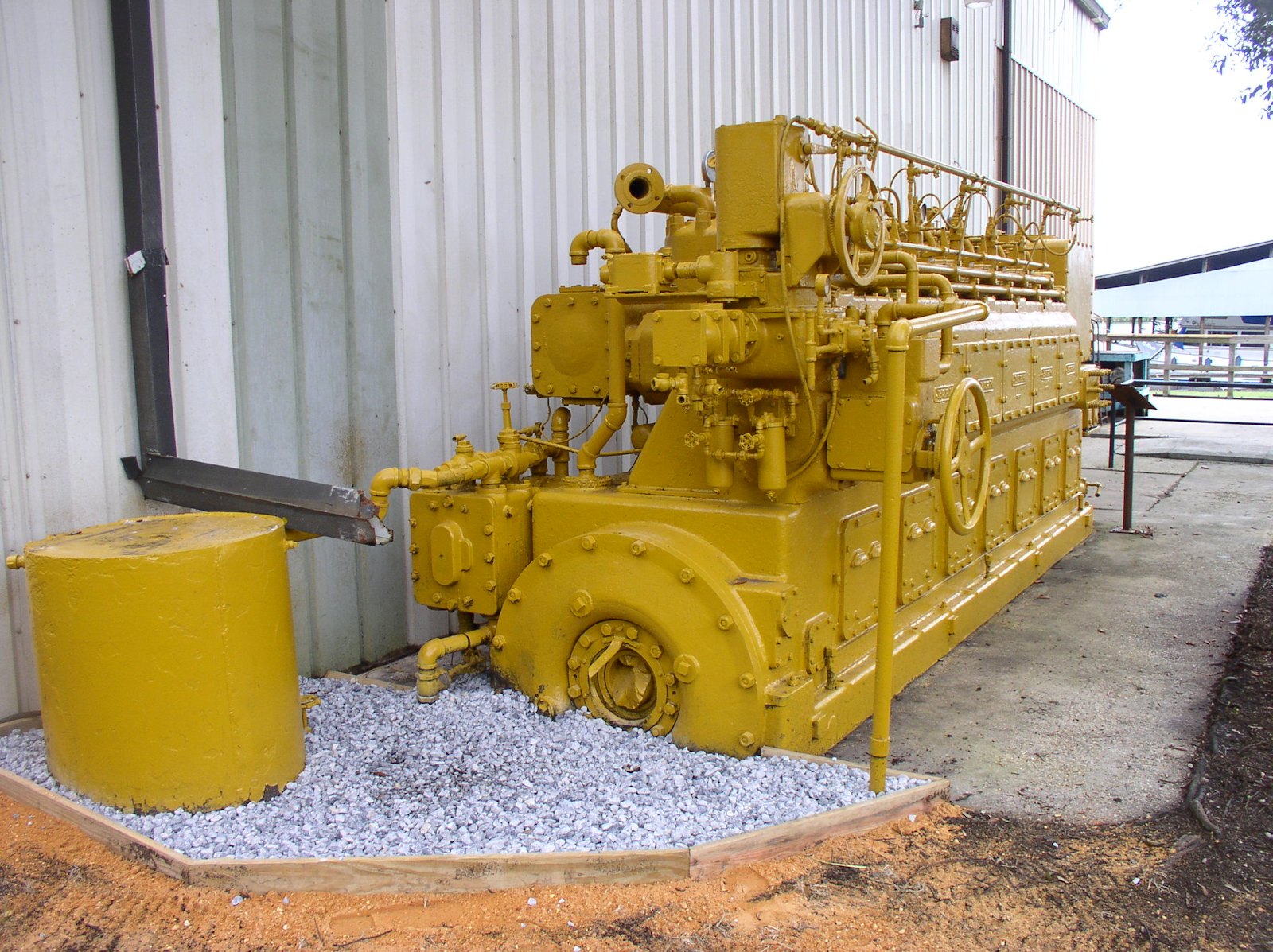 The engine was rated at 650HP at 300RPM and weighs in at just over 40,000 lbs. It has a 12-1/2" Bore and 16" Stroke. It is a direct-reversible engine in that it had no reduction/reverse gear behind it. It was bolted directly to the propeller shaft. To operate, you would crank the engine in forward and run. When you wanted to stop, it actually shut the engine down. To put it in reverse, the engine cranks in the opposite direction and runs in reverse until you want to stop or go ahead again, where the engine shuts down completely and then cranks again in the opposite direction to go forward.


Bill Bryan (pictured above) removed this historic engine from the "Prewitt" and placed it on static display here at Pensacola's Pelican's Perch Marina using two 60 ton cranes. The engine was started and run operationally for the last time in 1986.